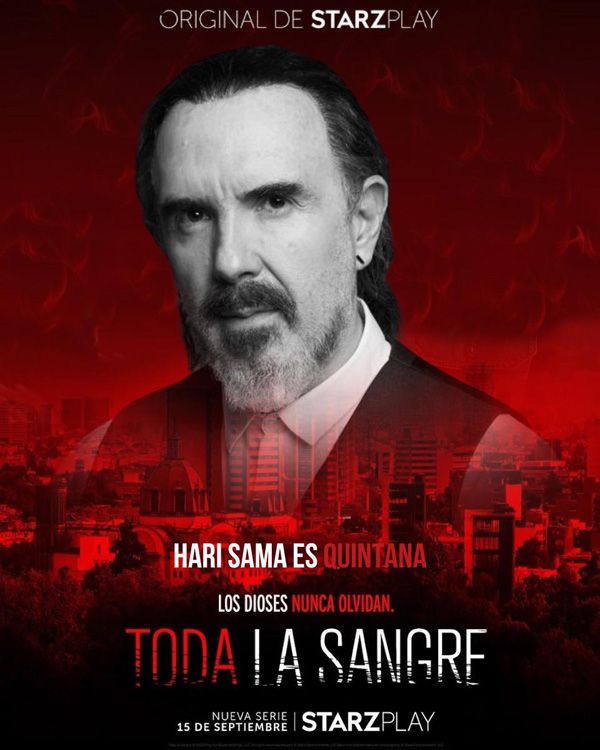 Hari Sama has a longstanding career of more than 30 years in the audio-visual arts environment.

As an actor, Hari has demonstrated extensive preparation and high depth in the various roles he has performed. His film credits include the short film El futuro es ahora (The Future is Now) , and featured films like Así del precipicio , directed by Teresa Suárez, El complot mongol , directed by Sebastián del Amo, and acclaimed film This is not Berlin , playing the role of Esteban.

More recently, he made his foray into the first original podcast of Spotify developed in conjunction by Warner Bros and DC Comics, Batman desenterrado , as the voice of the Major of Gotham City.

Currently we can see him playing the role of an endearing character in the TV series Toda la Sangre , available in Starz Play.